As I prepare for my MB2-716 exam I’m producing a series of blog posts that collectively should help others revising for the MB2-716 Certification. (Microsoft Dynamics 365 customization and Configuration.) This time I will look at hierarchical relationships.

You will see in the skills measured statement, under “Implement entity relationships” that we need to understand how to work with hierarchical data.

What is a Hierarchical Relationship?

When a record in CRM is part of a hierarchy you can see this in the list views. As a “hierarchy icon” is displayed next to the record.

Also on the forms for the entity an option will appear to view hierarchy and the “hierarchy icon” will also be present.

How to Create / Edit a Hierarchical Relationship?

Firstly, ONLY one relationship can be defined as being hierarchical on an entity. It also needs to be a relationship with the primary entity and related entity as the same entity. 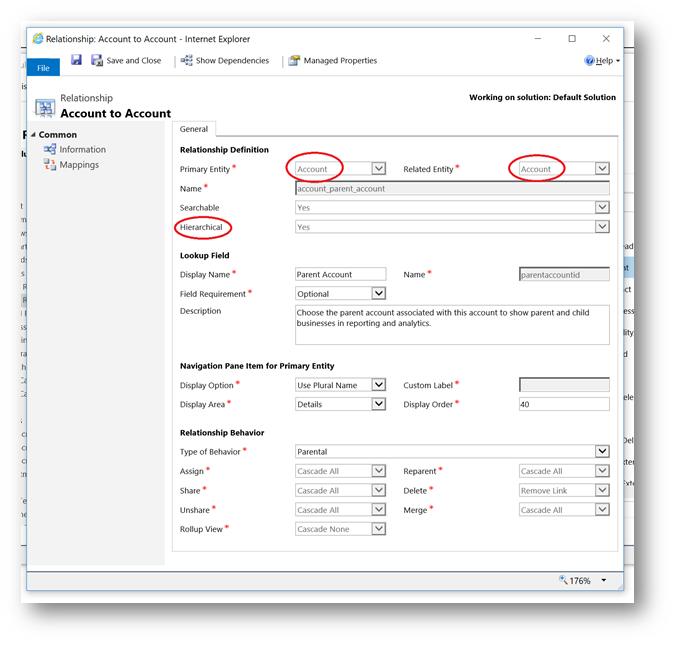 Notice that I only have an edit option. If a hierarchy setting didn’t yet exist a New button would also display. 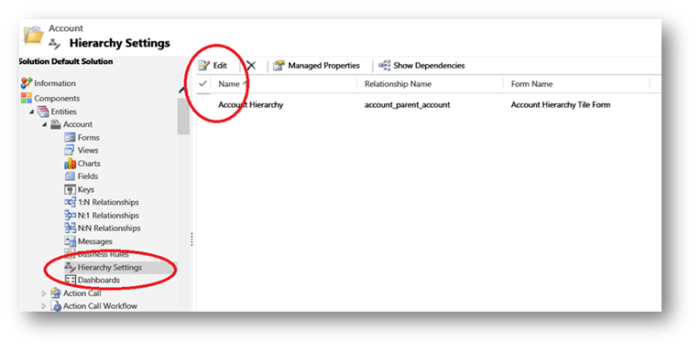 On the hierarchy setting we can see that the default quick view form is defined. It is this that decides how the “cards” in the organisation view should appear. Whilst the hierarchy can’t be changed you can amend the hierarchy form or create a new form as required.

I haven’t covered the concepts associated with forms. (yet!) So I will not discuss the form in detail! At this point it should be enough to know that in the hierarchy settings we define which quick view
form will be used to display the tiles in the hierarchy. And that the fields shown on that form can be customized as required.

I hope this post will have been an aid to anyone preparing for the MB2-716 exam. But as always I would like to stress that you need to get as much hands on time as possible.
