Until recently I have always only had my toolbars show in very specific areas of my Unified Service Desktop, but what if you’d like a toolbar to appear in the status bar or even floating your second monitor?

Normally when we create a toolbar container its display group might typically be “AboutPanel”, “CtiPanel” or “ToolbarPanel”. You can see in my USD interface below that I have pretty standard toolbars positioned in these commonly used locations.

But what other positions do we have? Maybe you could position a toolbar at the bottom of the screen in your status panel. (So StatusPanel) I quite like this one! 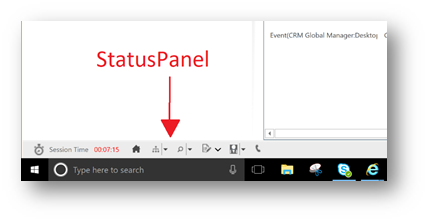 Or how about in the left panel (LeftPanelFill) or right panel (RightPanel). 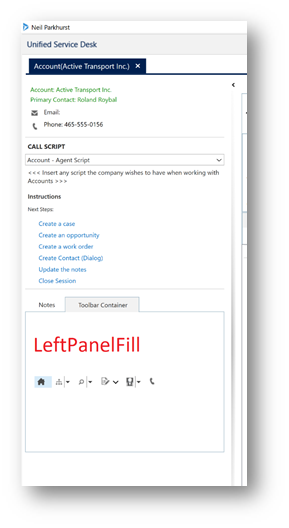 Or maybe even you’d like a floating toolbar. Possibly one that you could position (automatically) on a second monitor. When you use the FloatingToolPanel location you may wish to resize the window, position on the screen and even move to a second monitor. (More on those things in a second.) 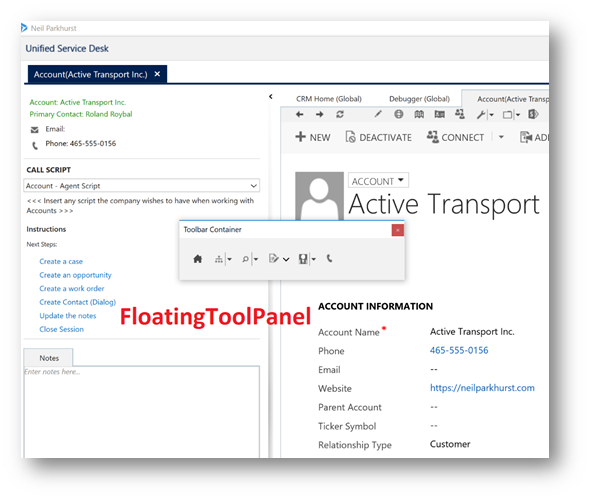 I can even position my toolbar in a tab next to my agent scripts! By using the display group “WorkflowPanel”.

Meaning we have the following possible options (and maybe more);

Technically you could also use “MainPanel” but I suspect that might be a little strange!! (In that circumstance, you’d be much better using a navigation toolbar rather than one linked to a toolbar container!)

Below you can see my hosted control for my main toolbar that I show in the ToolbarPanel. So the simplest way to create a toolbar in an alternative location is create a new toolbar and add which ever display group you feel works well.

But we also have a few actions that can be used to help position toolbars.

Your toolbar containers will not have a UII Action called MoveToPanel. At least not out of the box. Simply navigate to its UII Actions and add a new action called “MoveToPanel”. You can then create actions to move the location of a toolbar. Or simply run actions directly in the debugger to test the art of the possible! Below you can see me experimenting by moving my “About toolbar” to the status panel.

The ReAlignWindow action might be useful if you use floating panels. For toolbars or anything else for that matter! As with this action I can control which display the panel shows in and its size.

See below that I have used a ReAlignWindow command to set the position and size of my floating toolbar.

Notice that I have given values for screen, top, left, width and height.

Tip:
A word of warning! I found this action works great but depending on your interface you could find the floating panel gets “hidden” behind your main USD screen. You might want to think about that as it could be confusing for the end user.

These actions might be useful! They allow you to hide and show toolbars. Possibly you don’t just want a button to be hidden but everything on a toolbar. In these circumstances this action can help.

Notice that the name I give is the name of a specific toolbar not the toolbar container!

Hopefully you can see the setting toolbar locations is pretty simple. It is just a matter of you experimenting on what works well for you. I hope this has given you some ideas on how to be more creative with the placing of your toolbars.

One thought on “USD – Toolbar Positions”